Sunshine and Scattered Showers at Silverstone

The 2017 Formula One season continues this weekend for the Italian Grand Prix in Monza where Lewis Hamilton and Sebastian Vettel will continue their epic battle for the Driver’s Championship. Harriet Mallion, winner of our PLASA Leeds competition who won the x2 tickets to attend the F1 event at Silverstone kindly documented her day at the races to share with fellow racegoers and motor sports enthusiasts.  Read Harriet’s account including top tips and tricks to help you make the most of your time at the track when attending a Grand Prix:

It was a bit of a dreary Monday in The Inside Story office when a welcomed phone call from OPTI disrupted the norm and brightened up my day.
“I’m delighted to inform you that you’re the winner of our PLASA Leeds competition.” A calm voice announced “Yes, you’ve won two tickets to Silverstone.”
Silverstone, an iconic name in the world of Formula One racing, is nestled outside a picturesque village near Northampton. Its historic importance is legendary in the racing world and today, as always, it is the home of the British Grand Prix.

It seemed to me that Silverstone would be a perfect, if slightly unorthodox location for a girl’s weekend and told my best friend from America that I’d treat her to some British motorsport. The only catch? It will be very loud, its forecast rain, and you’ll have to spend the night in a tent – so bring a brolly and some earplugs.

We left Manchester early on the Saturday morning and headed straight for the campsite luckily arriving early enough to miss most of the Silverstone traffic. After pitching the tent and settling in we gathered our picnic lunch (complete with Pimm’s!) and headed for the track. The main action on Saturday takes place in the qualifying stage, which will see several rounds of racing as the drivers compete for poll position in Sunday’s race. However, there’s lots of entertainment and plenty of racing throughout the day so stick around and watch the action.To help you make the most of your time at the track here are my top tips for visiting Silverstone for the British Grand Prix:

If like me you find yourself a last-minute visitor you’ll struggle to find accommodation near the circuit, but don’t be put off. There are plenty of local transport options if you do decide to stay further away and if you’re feeling adventurous you can always brave the campsites.

There are plenty of places to camp close to Silverstone, all with varying facilities and prices. The official Silverstone Woodlands Campsite is the most expensive but it feels like a mini-festival with full evening entertainment as well as licensed bars, food vans and a funfair.
If that doesn’t sound like your kind of thing then don’t rule out camping just yet, you’ll find plenty of other options nearby. We chose Windmill Farm which was incredibly quiet and the closest campsite to the track, you’ll be grateful of the short walk home after a long day at the circuit.

Food can be expensive at the circuit, especially if you’re there for the full day. Taking some food and drink along is a fantastic way to make the most of the atmosphere without damaging your wallet too much. Please be aware however that glass bottles aren’t allowed on site, so leave the champagne for the drivers at the finish line!

Don’t forget your waterproofs – and your suncream!

It will come as no surprise that the British weather is unpredictable. Pack for all types of weather to be on the safe side; I was glad of my waterproofs in a downpour and really wish I’d remembered to put on some suncream when the sun came out later.
Stay for the whole day. There’s still lots of track action after qualifying, including F1 2 seaters and the FIA Formula 2 racing. Formula 2 is pretty much as loud as it gets in motorsports and there’s lots of emerging talent so stay by the track for the best action, I thoroughly recommend wandering around the site to see different corners and snippets of the race but don’t be tempted to leave early.

It might seem like all the action is on the track but take the time to wander about the entire site and you’ll be amazed at the things you can spot. We found a great lounge bar in the FANZONE and enjoyed looking around some of the developing technology and concept cars that were on display.

Stay for the afterparty.

Don’t be tempted to rush off as soon as the racing is done. We had a great time at the evening concerts and saw The Hoosiers and Reef in the evening. It’s also perfect for chatting to your fellow racegoers. The British Grand Prix attracts some friendly characters, swap stories and share tips about the best spots to see the action.

Get to bed early.

The atmosphere at Silverstone is incredible and the excitement builds throughout the day and it gets closer and closer to Sunday’s big race. The whole weekend is family friendly and the evening concerts give the British Grand Prix a real festival feeling. The evening entertainment stops promptly at 10.00pm, but seeing as you’ll want to join the queues early on Sunday you’ll be grateful for an early night. 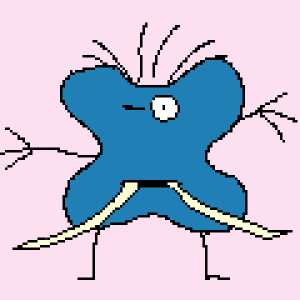